The smartphone is life. Many people share the same sentiments. Can you imagine going about your day without your smartphone with you? Such a hard thing to do, right? You feel incomplete without your handy gadget to tinker with when you have nothing better to do. Regardless of the brand as long as it is a smartphone, it will do whether it is running on Android or iOS. Just keep in mind that about 25% of millennials spend a minimum of five hours daily on their device. Many even openly express that they can’t live without their smartphones with them. 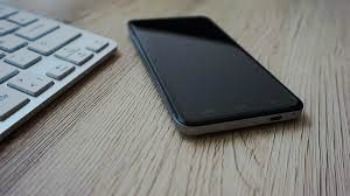 It’s a different world now than it did back then. People from over a decade ago didn’t have smart gadgets in their lives. But today, there is an unspoken obsession over it that greatly affects people’s personal, social, and work lives. And since we already recognize it as the health threat that it is, this smartphone obsession should be taken seriously especially that the younger generations are so hooked into it already. For instance, many vehicular accidents are caused by preoccupied drivers who mixes texting or talking on the phone while driving – such a fatal combination.

Would you give up your smartphone for a month in exchange for a day with George Clooney or any other celebrity?

If you answered “yes,” you are in a disappearing minority. Almost three-quarters of smartphone users worldwide refuse to substitute their artificial intelligence extension with a celebrity. 56% declined a 10% salary increase, 50% an extra week of vacation, 41% said “no” to $1,000 dollars (!), and 28% were willing to forego a holiday at their dream destination. They are also willing to give up family, friends or sex for a week before their smartphone.

Studying smartphone addiction has become a cottage industry 10 years since Steve Jobs changed the world—or at least changed the way we live today. There is a professionally-sounding name, nomophobia (as in no- mobile phone-phobia), the self-reported Problematic Use of Mobile Phones (PUMP) scale, and every now and then we learn about a new survey showing how our human intelligence is increasingly augmented by an artificial one to such an extent that increasingly we can’t live without it.

Then, there are social media that made it even more difficult for everyone to part from their beloved gadgets. Our lives are overtaken by technology. Many of you are guilty of posting every single thing you do in your life that can be downright annoying at times and also put you at higher risk of becoming a cyber criminal’s target.

Rosen says that constant smartphone alerts mean that people are trained to look at their phones not only when they make noises – but also when they don’t.
Rosen says, ‘Their heart rates increase. Their skin tingles. They grow increasingly antsy with every minute they don’t look at the screen.

Only allow yourself to check your phone once per hour

Rosen suggests that cutting down is the key – and says that putting yourself on a schedule can work.

Rosen suggests allowing yourself to check your phone for a few minutes, on the hour.

Set the timer for 15 minutes, and ONLY check your phone once the timer goes off.

Rosen says, ‘Keep doing that until you get to a point where your alarm goes off and you say, ‘Wait, I want to finish what I’m doing.’

Constantly checking on your phone is actually doing you a lot of harm more than you could ever imagine. You won’t die if you don’t reply to that comment right away. You shouldn’t compromise your life or health because of your desire to earn the likes and hearts of your friends on social media. The world will still go round even if you ignore your phone for hours on end. By continually obsessing over it, you miss out on establishing meaningful connections with the people in your surroundings because you valued that shiny gadget more than them.

There are basically two smartphone users in the world – Android and iOS users. If you are using an Android smartphone, you may inadvertently lose data because of a virus you got into your system after downloading something from the app store, for example. When that happens, https://www.harddrivefailurerecovery.net/android-data-recovery-whats-your-best-move/ can enlighten you about what best to do to recover data on your Android device. And while we are already talking about data recovery, here is what you need to know about hard drive recovery in the unfortunate event that your hard drive fails you: https://www.harddrivefailurerecovery.net/hard-drive-repair/.