Most of us probably have a love-hate relationship with technology. We marvel at the many things we are capable of doing because of its help and for bridging geographical distance among people but it can also be such a pain to experience technical difficulties that are beyond your understanding. Not to mention repair or replacement can be quite costly too and the inconvenience it gives you raises your stress levels to the nth degree. For the longest time, though, Mac users have been pretty happy and content with their computers since there is very little threat to it, unlike most Window users who constantly have to deal with bugs and countless system updates that are meant to fix the problem but ends up causing more problems for you. Mac users felt their devices were invincible to outside threats and have no need for https://www.harddrivefailurerecovery.net/mac-data-recovery/. 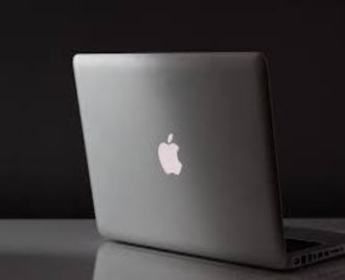 Yet it seems that the good old day for Mac users have long been gone since we are seeing a rise in malware attacks that are specifically directed towards the Mac computer line. These malicious attacks are a cause of concern among Mac users right now since they suddenly realize how vulnerable their computers are to outside intrusion and everything else that’s stored in it, which is basically a lot and perhaps even your entire life. However, it is no big surprise because hackers have been gradually building up momentum in setting up Mac malwares now that they see how big a market Mac computers are. It would be such a shame for them to miss out on all the fun when we all know that people from the higher echelons of society are known Mac users. Some malwares are capable of stealing people’s data by remotely getting into the owner’s Mac computer and this is exactly what they want, to steal as much data as they want and for them to do as they please with all those stolen information.

Be careful out there

The security experts also warn that four new malware exploits targeting Macs have been identified in the first two months of 2018, noting that many of these exploits were identified by users, rather than security firms.

In one instance, a Mac user discovered that their DNS settings had been changed and found themselves unable to change them back.

This particular item of malware (OSX.MaMi) also installed a trusted root certificate on the person’s Mac. The threat left the user vulnerable to fraudulent phishing websites posing as the real deal and man-in-the-middle attacks.

While naturally more secure than Window PCs, Mac PCs are far from perfect that may eventually necessitate the need for a https://www.harddrivefailurerecovery.net/mac-hard-drive-recovery/. The thing with technology, though, is that it is ever evolving. It’s not only the gadgets that get replaced by newer models but even the tools used by hackers to spread panic in the virtual world also gets updated. Malwares get better too and not all the time the computer makers have included built-in security features to keep these virtual bugs at bay. And considering how much technology we use every day, these Mac bugs spread like wildfire and infect other devices through our correspondence.

An apparent security flaw in a Google Chrome extension could see your MacBook hijacked.

It allows someone to get into an admin or other user account on your Mac without entering a password, according to Check Point Research (CPR).

Chrome Remote Desktop is an extension for the Chrome browser that lets you access another computer from your desktop or mobile .

It’s made by Google and is completely legal.

It’s supposed to be used to sign in to your work or personal computer from afar, or to provide hands-on help with someone else’s system (for example, a co-worker or your mum) without having to be in the same location.

However, Check Point Research claims to have dug up a chink in its security armour on Apple’s Mac operating system, MacOS.

We used to believe that our accounts and data are safe once we protect it using passwords but it seems that this new strain of Mac malware can overcome the security barriers you have set up. Using the Chrome Remote Desktop, hackers can remotely access your Mac computer without even keying in your password because they get into it as an administrator and not as a mere user. Imagine the power they have while you are still clueless that other people can already access your accounts and who knows what they are doing with it. The interesting thing here is that what they’re doing is actually legal since Google itself made this unique feature but it is being exploited right now by cybercriminals for all the wrong reasons. Mac and Google have to work hand in hand here to prevent the situation from worsening because having other people unknowingly accessing your account are not just worrying but downright scary.