Technology has taken over humanity. Artificial intelligence that used to be the plot of many Hollywood movies in the past is now a part of our daily lives – albeit some things are done under the radar. Smartphones, Smart TV, and Smart watches among others that are found in most households are becoming more of a necessity than a luxury. Everything has gone smarter except perhaps the person next to you. 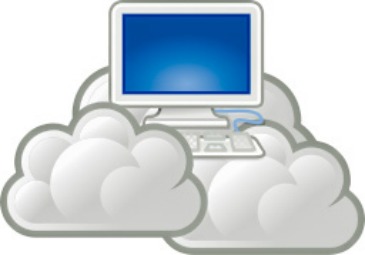 The term “fog computing” has been floating around for a couple of years. Coined by Cisco, it essentially refers to a strain of cloud computing with a less centralised storage system. Rather than keep everything in one physical facility, the network tries to move its files closer to where the end user – such as your phone – is located.

This is one of the biggest issues with current cloud computing. Because your phone doesn’t have enough power to run the code behind assistants like Siri or Google Assistant, it talks to a data centre each time you make a voice query. The nearest servers could be hundreds or thousands of miles away, incurring a performance penalty each time you use the system.

Fog computing decentralises the cloud. It uses smaller data centres placed across a wider area to reduce the distance between your device and the servers. The distance data has to travel is lowered so you get a response more quickly. As TechRadar reports, a team at the University of Camerino has now developed the concept further, creating an actual “fog” of files that also increases cloud security.

This form of “fog computing” endlessly redistributes packets representing an individual file among the nodes in its network. At no point is the entire file stored in a single location. Even if an attacker gains access to one of the servers, all they can download is the garbled contents of sections of a file.

Fog computing provides the same benefits offered by cloud computing minus the flaws people often encounter on the cloud. Hacking – as serious as it may be – will no longer be able to disable an entire server system through fog computing and offer more security to each data stored.

The use of a serverless system is now possible – changing the way cloud computing works. Computer users now have more option when it comes to data storage and security – a long-awaited good news considering how hacking and phishing remains a very real threat to many.

Technology never stands still, both in invention and execution. One of the newest trends is also one of the most misleading because of the term: Serverless computing. The term suggests that no back-end servers are used – when that is not at all the case. It just means servers are no longer your concern.

The first wave of the move away from servers is well underway with the move from on-premises hardware in company data centers toward renting compute capacity from Platform-as-a-Service (PaaS) vendors like Amazon Web Services (AWS) and Microsoft Azure.

The promise was straightforward and simple: developers can rent capacity as needed and shut it down when they are done. They can “spin up” a virtual server on AWS or Azure in just a few minutes, with the defined amount of CPU cores, memory, storage, and necessary software, as opposed to waiting weeks to order a server and install it in the company data center.

Serverless computing takes our computing experience to the next level without us having to deal with server issues that have been the bane of our existence.

Enter serverless computing, the next step in the move to IaaS. With serverless computing, rather than allocating virtual machines and deploying code to them, the development team just uploads its code, called functions because they perform a single function, and lets the PaaS vendor figure out how to best deploy and run those functions.

The benefits are huge, says Torsten Volk, managing research Director with Enterprise Management Associates, an IT consultancy. “Coders don’t have to worry about scalability and high availability, you only pay for the time your code runs, instead of reserving EC2 resources for an ongoing time period, and setup is almost instant. Create code and give it a try,” he said.

It may only be available for some today but time will come when serverless computing will be made available to everyone on the web. Computer experts still have time to make minor tweaks and modifications so that users encounter fewer problems with its use and for it to be able to perform a wider range of functions. Until then, we can only hope that security and storage issues with cloud computing are resolved while we wait for a better one to come along.

If you are currently experiencing server issues and want to learn more about hard drive recovery, visit https://www.harddrivefailurerecovery.net/raid-recovery/ to find out exactly what needs to be done. Meanwhile, check out https://www.harddrivefailurerecovery.net/the-harsh-realities-of-ssd-drive-failure/ to learn more about SSD drive failure and solutions.