While regularly backing up data is the most effective method of preventing permanent data loss of almost any kind, computer users should be aware of the basic signs of data loss. By shutting down a hard drive or other storage device as soon as possible when real hard disk problems are detected, you can significantly improve your chances of a successful data recovery while also shortening the turnaround time for your case. Hard drive failure can be a nightmare if not detected immediately. 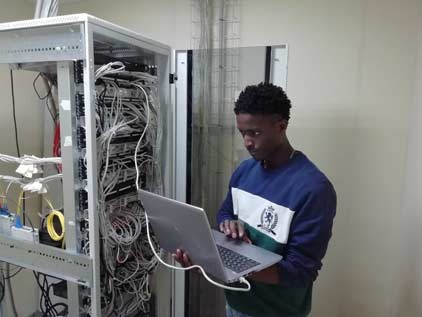 Most data loss symptoms are extremely subtle, and computer users frequently overlook potentially dangerous signs of data loss because they lack the kind of obviousness that would normally alert someone to a mechanical drive issue. Listed below are some of the most common early signs of hardware failure:

Noises that are out of the ordinary – When a hard drive makes loud clicking or whirring sound, the majority of computer users realize that there are some hard drive issues at hand. Some disk noises, on the other hand, are surprisingly subtle.

When your computer first boots, pay close attention to what it is saying. If the drive sounds like it is “resetting,” it is possible that the read/write heads are malfunctioning or are misaligned. Because the frequency of the clicking and the overall performance of the computer are both important factors, almost any clicking sounds can be dangerous for your drive. Make sure to pay attention to your computer’s sounds, paying particular attention to any noises that the machine makes when performing time-consuming tasks.

Dramatically Longer File Access Times – File access speeds can be significantly slowed for a variety of reasons, but any significant slowdown could indicate corruption or read/write issues with the hard drive.

As soon as you notice that your computer is taking a long time to open certain files, make a backup of any critical data that you may have missed in a previous backup. In fact, try to backup anything that is critical and has been worked on recently – that data has the tendency (often by Murphy’s law) to disappear first in a hard drive crash. Prior to making a backup of your files, do not run any disk utilities such as ScanDisk or ChkDsk, despite the fact that you might assume it is a good idea. If there is a non-logical (hardware-based) hard disk problem, the use of these utilities may make the situation worse.

Startup or Boot Errors – You may be experiencing problems with your master boot record (MBR) or other logical issues if your computer does not start consistently, or frequently shows errors during the boot cycle. These issues may eventually prevent you from being able to access your data in the normal manner. Your computer may even be experiencing electrical problems, which can cause your hard drive and other components of your PC to become inoperable, especially in the case of shorting.

Any errors that occur during the startup process should almost always be taken seriously. Make a note of any error messages and write down any error codes that appear. Again, do not use the affected computer to research the errors. Instead, use your phone or a different system. If you are in need of data recovery, this specific error information can be extremely beneficial.

If your computer is unable to boot properly, you may be able to connect the hard drive to another computer and copy your data from that machine. There are a wide variety of hard drive docking systems that will enable this. However, you should not attempt this if you are not familiar with removing computer components or if you notice unusual noises, smells, or other signs of physical or electronic failure while removing computer components. Basically, if you’re a really non-technical person, this is not a good time for a crash course in data recovery!

Blue Screen, Program Hanging And Freezes –  Desktop and laptop computers can fail without warning, and while some overall system crashes are caused by hardware configuration issues and software conflicts, others are caused by problems with the hard drive.

All hangs and crashes are dangerous because they have the potential to corrupt data. A specific file will be attempted to be accessed, read, and written to by your computer, and then your computer will shut down unexpectedly; this can result in unresolved changes that render your images, documents, databases, and other files unreadable. It is especially common to encounter data corruption when working with large files, such as email archives, and it is important to be aware of the risks.

If your computer hangs or crashes on a regular basis, make a backup of your data once more. Examine your backups and think about implementing automatic backup software. Find out what is causing your computer to crash and fix the problem as soon as possible to keep the system running smoothly.

If your hard drive, flash drive, server, or other device begins to show signs of data loss, shut it down immediately and disconnect all connected devices. If you have a backup device, you should use it instead of the original. If you do not have a backup, contact a qualified data recovery company as soon as possible to discuss your options and to schedule a media evaluation of your hard drive or other media.