If you were not living under a stone the entire time, you are probably aware of the state of the planet and it is not a good one. Gone were the lush plant life and vegetation, clear blue skies, and crystal-clear waters because climate change is real and it is causing major havoc not only with our weather systems but making living on earth doubly harder for each and every one of us. Global warming has caused the temperature to rise and solid ice to melt making the sea level rise. Aside from that, the energy used and combustion released by manufacturing plants that make these gadgets from scratch can’t be ignored either. They add up to the pollution around us and worsen global warming as more heat is trapped within the atmosphere that is consequently messing up the weather and worsening natural disasters. 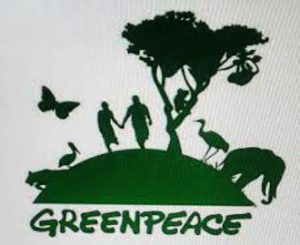 Big tech brands were identified as the culprits for many of the environmental issues we are now facing because of their high energy demand and not so environment-friendly practices that make the planet more inhospitable to all living beings as the days go by. Greenpeace did not fail in encouraging and reminding these tech giants like Samsung and Amazon to change their ways and switch to renewable forms of energy and reduce their electronic waste that is undeniably toxic to the environment for years now. These brands project innovation but they themselves fail to innovate and adapt to better manufacturing practices that do not endanger the environment.

The environmental group Greenpeace issued a report on Tuesday giving technology titans including Samsung Electronics, Amazon and Huawei low marks for their environmental impact.
Many of the biggest technology companies failed to deliver on commitments to reduce emissions of greenhouse gases and are still reluctant to commit fully to renewable energy, according to Greenpeace USA’s Guide to Greener Electronics. The report, which assessed 17 top global tech companies in three areas, also faulted many of them for failing to use more recycled materials in their products and slow progress in phasing out use of toxic materials.

“Tech companies claim to be at the forefront of innovation, but their supply chains are stuck in the Industrial Age,” Gary Cook, a campaigner at Greenpeace USA, said in a statement.

Whatever excuse they may have is not acceptable considering that other big tech brands can do it means it is highly doable. Apple, for instance, uses 96% renewable energy in its operation, a far cry from Samsung’s 1% over its entire manufacturing process. The numbers do not lie and it shows the disparity between the two. What could possibly be holding back such companies from doing irresponsible acts that have a negative impact on a global scale?

Most notably, Greenpeace accuses Amazon of being opaque when it comes to discussing its environmental practices. The company publishes virtually no data on its energy use, its materials or whether or not it limits the use of hazardous chemicals. It tends to offer only the info required by law. Outside of its adoption of solar powered data centers and support for eco-friendly government policies, it hasn’t made public commitments to lessen the environmental impact of its products. This isn’t to say that Amazon hasn’t taken steps to help the planet — it’s just impossible to know without more transparency. We’ve asked Amazon for comment.

As it stands, Amazon isn’t alone. Some Chinese phone makers are also less-than-kind to the Earth, including stablemates Oppo and Vivo as well as Xiaomi. Not surprisingly, it’s again chalked up to a lack of transparency and public commitments. If they’re doing anything to improve the environment, they’re not talking about it.

It helps that Greenpeace has this electronics report card that informs everyone how companies are doing in their efforts to combat global warming and climate change. It’s not as if we can’t yet feel Mother Nature’s wrath today. Admit it that you’ve also noticed hurricanes getting stronger, flooding getting higher, and earthquakes getting stronger. What more are we waiting for? We only have one planet. Nobody will protect it but us. It is high time for these big tech companies to wake up and take full responsibility for their actions and clean up their act before it is too late to change things for the better.

While there is nothing we can do about the environment’s wrath unleashing its fury on us, there is something you can do about man-made tech issues like https://www.harddrivefailurerecovery.net/is-your-hard-drive-making-a-clicking-noise/. Why wait for the problem to blow up when initial signs like clicking noises should already alert you already to a potential modern-day disaster in your midst. But if you did all that you can and still you experienced a tech problem that ultimately led to data loss, then better arm yourself with the knowledge with: https://www.harddrivefailurerecovery.net/how-flat-rate-data-recovery-pricing-works/ so you know just how much it cost to recover your data and you don’t end up paying for more because you are clueless about such things. Even acts of nature can cause unintentional data loss, which is why information like these can come in handy any time you experience such a problem.