Mother Nature isn’t always happy when technology comes knocking on her door. We can’t just ignore how the environment suffers from the production of technological gadgets and its use and disposal too. Lands are converted into manufacturing plants and the nearby surroundings are exposed to deadly chemicals and toxins among others. People are exposed to more pollution – water, air, noise, etc. 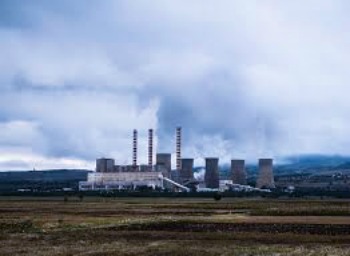 Mother Nature dies in the presence of technology. We have witnessed it time and again. And we are suffering from her wrath when the usual calamities we face each year have been worsened by global warming and climate change. The people are still yet to learn their lesson. Even the government is clueless on how to address relevant and pressing issues like these and waste time and precious government resources on things that do not really matter.

The decree’s main target is former president Barack Obama’s clean power plan that required states to slash carbon emissions from power plants — a critical element in helping the United States meet its commitments to a global climate change accord reached by nearly 200 countries in Paris in 2015.

The so-called “energy independence” order also reverses a ban on coal leasing on federal lands, undoes rules to curb methane emissions from oil and gas production, and reduces the weight of climate change and carbon emissions in policy and infrastructure permitting decisions.

“I am taking historic steps to lift restrictions on American energy, to reverse government intrusion, and to cancel job-killing regulations,” Trump said at the Environmental Protection Agency headquarters, speaking on a stage lined with coal miners.

While the country’s leaders focus on the economy and the topic of defense, they fail to give equally important issues enough attention like government efforts in protecting the environment because they don’t see its ROI right away.

Flanked by coal miners and Cabinet members, Trump vowed to spark an “energy revolution” that would put coal miners across the country back to work.

“Today’s energy independence action calls for an immediate re-evaluation of the so-called Clean Power Plan,” he said during a ceremony at the Environmental Protection Agency that lasted less than 30 minutes. “We’re ending the theft of American prosperity and rebuilding our beloved country.”

And without fully realizing the implications of such actions, President Trump dooms the world to more harm and destruction aside from increasing the nation’s carbon footprint. Perhaps it is not clear to him the outcomes of his decisions or else he’ll likely think twice before passing and enforcing such drastic counter policies.

Trump’s executive order will likely kneecap the federal government’s most important policy for reducing carbon emissions. Doing so would also hamper U.S. efforts to meet the commitments made more than a year ago in the 195-country Paris Agreement ― the first global climate deal to include the U.S. and China, the world’s biggest polluters.

Obama’s plan, launched in 2013, set a strategy for combating climate change by cutting greenhouse gas emissions from power plants. The utility sector accounts for the greatest portion of the U.S. carbon footprint, producing 30 percent of all emissions, according to 2014 data from the EPA. That’s largely because coal, by far the dirtiest-burning fossil fuel, has long served as the country’s primary source of electricity.

The core of Obama’s initiative was the Clean Power Plan, a sweeping EPA rule that aimed to reduce carbon emissions from existing power plants by 32 percent below 2005 levels. The policy set new standards for new natural gas-burning power plants, and put stricter limits on coal-fired, steam-based plants, forcing them to be fitted with controversial carbon-capture technology. By implementing the plan, the U.S. hoped meet its emissions reduction goals as part of the 2015 Paris climate agreement. (The failure of previous global deals, such as the 1992 Kyoto Protocol, hinged partly on the United States’ refusal to implement emission cuts.)

It is not clear to many Americans what the goal of the Trump administration is. Is President Trump really determined to make American great again or is he just adamant to undo any progress the progress administration has made so far and establish policies that are clearly the opposite of what former President Obama pushed for?

We should know the limits of technology. While we greatly benefit from many things offered by these advancements, let us not be blinded and forget what really matters in the end. When we no longer have clean water to drink and clean air to breathe, will technology provide us with what we need no matter how 3D or 4 D they appear?