For years, the world has looked at Apple’s Mac with such wonder in their eyes. It is not only a sophisticated gadget but a luxury statement too as most owners who can afford it are the rich, the famous, and the affluent. Indeed, the Mac is an iconic gadget and has maintained that status for years. It comes with a hefty price tag too but over the years, there aren’t that many updates on it hardware-wise and many users are already complaining. But is it a sign that we will no longer see much of the Mac in the near future? Apple had always been a company that is not afraid to innovate and had been responsible for many of the mindblowing innovations we have witnessed so far. The birth of the iPhone has forever shaped mobile phone use and perhaps what triggered the unrivaled popularity of smart technology these days. 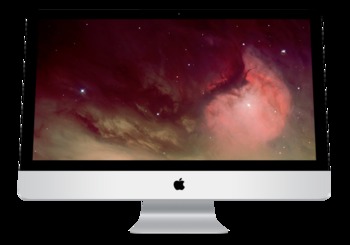 But like everything else in the world, nothing is constant. The technology we now have is still rapidly evolving and the majority of us try our best to keep up with all the updates. Children nowadays are so hooked on technology that a young toddler even knows his/her way using a tablet or smartphone in hand. But since technology only moves forward, we can expect to only see greater things from now on. Until today, the Mac is still the apple of many tech geek’s eyes. However, are we in for a major treat sooner rather than later as Apple will likely make changes in its computer line and probably say goodbye to the renowned Mac for good?

Apple is the master of radical pivots. It killed the floppy drive, the CD drive, and the headphone jack in iPhones, while Macintosh systems went from the Motorola 68000 to the PowerPC chip to the Intel X86 line of chips.

A very memorable pivot came when the company dropped the Apple II line of machines with an event called Apple II Forever. While it extolled the venerable machine with a fancy new model, it marked the end of the system.

What I’m sensing is that like the old Apple II (forever), the Mac will be phased out and the whole line will be replaced by iPads.

We all know how companies send us hints before they make big announcements or changes to their product lineup. These teasers or ads aren’t just meant to entice the consumers or for the company to stay relevant amidst the competition, they usually use it too to check the pulse of the masses as to whether how will their new ideas will be accepted by the general public? At times, we need to read between the lines or analyze certain things to figure out what some of these ads mean or how will these likely changes affect our lives once the company decides to roll them out on the market.

Apple would very much like for this to be a post-PC era, thank you very much. The company has a new spot out called What’s a computer that does a pretty job of making the case that the iPad does everything a computer does. Especially, or at least, if you’re young. It follows a young woman through her life while she sends things, FaceTimes, looks up stuff on the internet, does school work, sheens around on her bike with iPad on her back, listens to music, draws with Apple Pencil, and more. At the end, her mom comes out and asks what she’s doing with her computer. The young woman looks over her shoulder and casually responds, “What’s a computer?” I’d love your thoughts.

This new ad solely highlights the Apple iPad Pro and it sends a message that we may no longer be seeing Apple computers not far from now with this concept that Apple is communicating with us. What’s a computer? It’s actually quite catchy and shows us how much the youth of today has embraced smart technology. You no longer have to be burdened by heavy conventional computers or laptops when you have everything you will ever need in an iPad Pro. The pro here is definitely that the iPad Pro is lighter and is something you can easily take with you wherever you go. And with the new features that Apple will pack it with, it will surely not disappoint performance-wise.

Since it might be possible we will no longer be seeing the Mac a few years from now, you no longer have to worry yourself about common hard drive issues that are common to most computers. But since that time has not yet come, it still pays to know a thing or two about problems you may face with your hard drive and the dreaded data loss that follows especially if you are not savvy in keeping duplicates of all the files stored in your Mac PC. To spare yourself from all the hassle, read on https://www.harddrivefailurerecovery.net/mac-hard-drive-recovery/ and https://www.harddrivefailurerecovery.net/mac-data-recovery/ so you don’t look foolish when faced with a Mac hard drive problem and you don’t get ripped off of your hard-earned money too once you do decide to take your Mac to a professional for expert help.