Most computer and laptop owners are aware that their gadgets have a hard drive in place, where data and files are saved and stored. Some even go to great lengths and purchase a backup – an external hard drive where they transfer precious data to free up space on the computer’s hard drive itself. 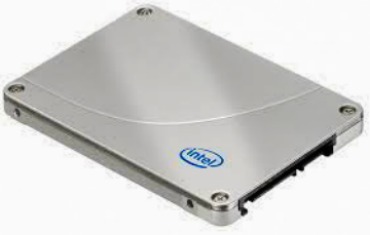 What many are not aware of, there are other storage options for your computer aside from the conventional hard drives we know of. If you haven’t heard of an SSD or a Solid State Drive, now is the best time to give it a try and enjoy the same benefits offered by a hard drive and some more minus the minor flaws of using an HDD.

If your new Windows 10 computer takes a long time to boot up, that’s likely because it runs on a regular hard drive. This is also the case of most older computers. Do you know that replacing that hard drive with a solid-state drive (SSD) will make the machine run much faster? It’s true, a 5-year-old computer with an SSD boots much faster than even a brand new rig running on a regular hard drive. The good news is that swapping out the drives is quite easy to do and not too expensive either, thanks to the fact that SSDs are now much more affordable than they were a few years ago.

There is good news about SSDs and you are probably wondering what’s in it for you – a regular computer/ laptop user.

Hard drives are getting a much deserved kick in the pants with Intel’s new Optane Memory.

Intel Optane Memory might sound like RAM, but it’s actually a specialized storage product that hooks up to the M.2 storage slot (PCIe Gen 3.0×2) on a PC motherboard. You’ll find them on the latest motherboards designed for Intel’s latest 7th generation, or Kaby Lake, processors and the 200 series Intel chipset.

The connected storage drive endows you with 16GB or 32GB of Optane Memory for blazing fast cache.

Cache that can make, say, your 1TB, 7,200 rpm spinning hard drive twice as responsive in performing daily tasks and booting up or launch your browser up to five times faster. Oh, and how about 67% and 65% reductions in game app launch and game level load times, respectively?

And Intel is offering everyone a chance to upgrade their computer’s storage with an SSD that promises to work even better than the good old hard drive. It can even store data for an even longer time without the constant risk of data loss.

It definitely feels like Intel is on to something here, for the simple reason that most computer users look for the larger hard drive. It’s one of the most important factors to the casual user, and they definitely notice when storage space is lacking. What system builders know is that using an SSD improves the minute-to-minute usability and responsiveness of any system, to the point that we’ve taken to harshly criticize modern systems that don’t at least offer it as an option.
The bottom line is that Intel is offering up a product that makes some impressive promises to a market that already had to answer them.

There’s no harm in trying this new technology from Intel. Technology is evolving. Newer developments are designed to help us keep up with the various technological advancements the best way we can. And we will never really know if something works unless we give it a try. SSDs have been here for a while. Your computing and data needs will tell you whether you can benefit more from an SDD or an HDD.