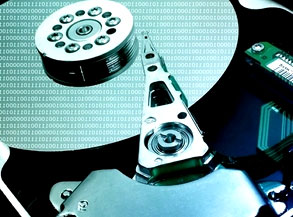 Not sure about you, but growing up as a kid watching shows like Star Trek and Red Dwarf gave me a new appreciation for how limitless technology could become. Who didn’t want a replicator in their house to make them snacks whenever they wanted? That would be so cool.

It should come as no surprise that science is constantly working at advancing the technological game. A recent discovery has been the development of a method to write strings of information on a living organism. How cool is that? It’s way cool. Here’s what you need to know:

By feeding strings of human-written data into colonies of bacteria, scientists have discovered a way to turn tiny cells into living, squirming hard drives.

A team of Harvard scientists led by geneticists Seth Shipman and Jeff Nivala has just developed a fascinating way to write chunks information into the genetic code of living, growing bacterial cells. It could be the code for a computer program or the lines of a poem. Either way, these living memory sticks can pass this data onto their descendants, and scientists can later read that data by genotyping the bacteria. As Shipman explains in a paper today in the journal Science, his method can upload roughly 100 bytes of data.

To be clear, scientists have already proven they can synthetically manufacture DNA in the lab and write into it pretty much whatever they want, including a full-length book on science. “But working within a living cell is an entirely different story and challenge,” says Shipman. “Rather than synthesizing DNA and cutting it into a living cell, we wanted to know if we could use nature’s own methods to write directly onto the genome of a bacterial cell, so it gets copied and pasted into every subsequent generation.”

Before this experiment, the most information any scientist had ever permanently uploaded into a living cell was 11 bits of information. That’s a mere 11 zeros and ones of binary data, and less information than your computer requires to code for two alphabetic letters. This new technique expanded this record to roughly 100 bytes of data. For reference, it would take your computer precisely one hundred bytes to encode this very sentence.

The Harvard geneticists used a fascinating immune response that certain bacteria have to protect themselves against viral infection. In the parlance of geneticists, this response is called the CRISPR/Cas system, and it’s actually quite simple. Basically, when these bacteria are invaded by viruses, they can physically cut out a segment of the attacking virus’s DNA and then paste it into a specific region of the bacteria’s own genome. This allows a bacteria to remember what a certain virus looked like in case it ever tries to invade again. Not only that, but this genetic memory is passed on to the bacteria’s progeny, transferring the viral immunity to future generations.

Did your brain just explode? Because mine did, just a little bit. This could be revolutionary for future methods of communication.