Computers define our modern life. They are everywhere us now. Name any industry and they definitely have an existing computing technology in place. That’s just how the world works today. And the leader of the pack is definitely an Apple computer. The Mac line does not only look classic and elegant but also has standout features that loyal Mac users continue to enjoy. 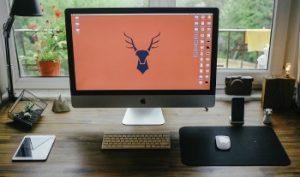 As the world continues to go digital, various computers have also been targeted by cyber criminals because the opportunity to make money is just there. Millions – if not billions – of people use computers on a daily basis. Many companies run because of computer systems that make their business work for them. Imagine the possibilities to earn money once these systems are hacked. Earlier Windows PCs proved to be vulnerable and became victims of the latest string of ransomware attacks that crippled both public and private sectors in different parts of the globe. While Apple appeared to be safe from most malware attacks in the past, rumors are surfacing that cyber criminals are trying their best to crack Apple’s defenses and penetrate the Mac line at long last. They even sell the software to do so as well as offer technical support.

Mac users are being warned about new variants of malware that have been created specifically to target Apple computers.

One is ransomware that encrypts data and demands payment before files are released.

The other is spyware that watches what users do and scoops up valuable information.

Experts said they represented a threat because their creators were letting anyone use them for free.

The two programs were uncovered by the security firms Fortinet and AlienVault, which found a portal on the Tor “dark web” network that acted as a shopfront for both.

In a blog, Fortinet said the site claimed that the creators behind it were professional software engineers with “extensive experience” of creating working code.

Cyber criminals are now selling the malware software on the dark web to anyone interested in harming Apple computers as long as you can afford to pay the price. They’ve got catchy names too: MacSpy and MacRansom. This new line of malware appears to be less complex than ransomware encryption used in recent Windows attacks. However, there is a higher chance of losing your files after encryption because the software wasn’t that efficient in handling the decryption keys needed to get the files back after encrypting it.

Wardle analyzed the ransomware and found it to be “lame” and developed by an “amateur” or at least someone with little experience with Mac malware. Wardle said that his free anti-malware tools, such as BlockBlock and Ransomwhere, were able to detect and stop the malware out of the box. Moreover, as Fortinet points out in their analysis, it seems like the malware actually isn’t programmed to decrypt the files after payment.

Yet, Wardle added, the ransomware does use some techniques to try to stop researchers or security tools from detecting it, showing that criminals “are upping their game” when it comes to Mac malware.

“Apple continues to improve the security of them,” Wardle said. “But Mac users should just be cautions, should not be not be overconfident, and should not assume that just because they’re using a Mac they’re inherently safe.”

Although malwares targeting Mac is just but a small number compared to those continually wreaking havoc to Windows computers and laptops, there are still quite a few that remains to be a threat to the growing Mac users. The very presence of these malwares means that there are individuals or groups who are dying to hack more sophisticated Apple products. Even Mac users believe their gadgets are infallible and won’t fall prey to the growing list of ransomware software which can also be a disadvantage because they might let their guard down and eventually become victims of such an attack.

These cyber attacks target your data. Once your Mac gets infected by this malware, you can say goodbye to any important files you have because there’s a slim chance you’ll be able to get them back unless you were wise enough to save backups for such an eventuality. When you lose your data, you can try to recover it with the help of the following tips: https://www.harddrivefailurerecovery.net/mac-data-recovery/. If it is the hard drive that is the problem, check out https://www.harddrivefailurerecovery.net/mac-hard-drive-recovery/ to find out how to recover data from your broken Mac hard drive. If you tried your best but nothing seemed to work, don’t hesitate to give us a call because we offer professional data recovery assistance at a reasonable price.