Technology is here to stay but numerous updates are coming out now and then that the technology today will be rendered obsolete a few years from now. That’s the reality in the tech world. It’s why smart gadgets from the previous year are no longer the hottest item on display in most tech stores now. Even popular brands today should make an effort to stay relevant in the market for people to continue patronizing their brand and their product. For instance, Apple is a big name in the tech industry but its computer line still experienced a dramatic drop in revenue over the past few years. 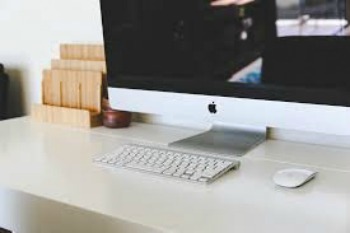 For a while, the Mac was the apple of the eye of most tech geeks especially several decades ago when PCs were still a novel concept. It was the beginning of the history of personal computers and only a handful had access to these hot boxes that is supposedly what’s waiting for us in the future (which is now). For quite some time, Apple did not offer anything significant to its computer line. But quite recently, Apple’s back-to-school promos are making waves in the market and helped the company gain the upper hand once more.

For quite a while, Apple (NASDAQ:AAPL) executives seemed happy to highlight quarter after quarter of market share gains in the personal computer market with its Mac notebook and desktop products. However, due to a lack of compelling updates to its product lines, the company suffered several quarters of personal computer share declines.

With the launch of the company’s new MacBook Pro computers back in October, Apple began seeing its Mac business rebound. In the first quarter of the company’s current fiscal year, it saw Mac units grow 1% and Mac revenue grow 7% year over year, which suggested a resumption of market segment share gains in the broader personal computer market.

In the company’s most recent quarter (second quarter of fiscal 2017), Apple’s Mac business saw an acceleration in its year-over-year performance; unit shipments were up 4%, and revenue grew 14%.

There is significant growth in the Macbook Pro division but the desktop is still struggling quite a bit. Avid Apple users are still waiting for innovations from the company and see what improvements they will introduce in their new Mac line, both the desktop and the notebooks.

Apple Inc. plans to announce an update to its laptop lineup at an annual conference for app developers in early June, a move that could help offset new competition from Microsoft Corp. as well as declining iPad sales.

Apple is planning three new laptops, according to people familiar with the matter. The MacBook Pro will get a faster Kaby Lake processor from Intel Corp., said the people, who requested anonymity to discuss internal planning. Apple is also working on a new version of the 12-inch MacBook with a faster Intel chip. The company has also considered updating the aging 13-inch MacBook Air with a new processor as sales of the laptop, Apple’s cheapest, remain surprisingly strong, one of the people said.

The Mac lineup generates just 11 percent of the Cupertino, California-based company’s $216 billion in annual sales, with the iPhone accounting for almost two-thirds of the total. But Macs are key to retaining the business of loyalists and the creative industries — the cornerstone of Apple’s resurgence at the turn of the millennium under Steve Jobs.

These upgrades on the Mac line up will definitely put Apple back on the map after seeing poor sales and revenues for years now in the computer market. It took a long time before Apple made upgrades to its current computer line. It is why loyal Apple users constantly criticized their products but they no longer have to wait for long to see major upgrades on it once more. Aside from the usual operating system updates, we are set to see some big changes to its hardware too sooner rather than later.

Like any other computing device, a Mac computer is also susceptible to hard drive failure. When that happens to you, https://www.harddrivefailurerecovery.net/mac-hard-drive-recovery/ offers you affordable and expert service to make sure you don’t lose any precious data from your hard drive. Meanwhile, here are some tips for a Mac data recovery service https://www.harddrivefailurerecovery.net/mac-data-recovery/ you won’t hear from others.