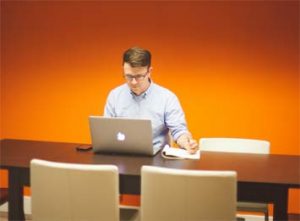 Upgrading your operating system is a basic part of computer ownership. Some companies make the upgrade optional and some, let’s not forget the fact that Windows® has been basically forcing people to upgrade to Windows® 10, are a bit more forceful about their upgrades.
While you may feel pressured to upgrade your system when a new one becomes available, there are times when waiting is better than jumping on the bandwagon.

Take this issue Apple users have been facing:

Mac users across forums sites, including those on Apple-tracking site Macrumors as well as Apple’s own support forums, are complaining about freezing. On the Macrumors forums, alone, hundreds of people have complained about the issue. A search on Apple’s forums reveals similar results.

The issue appears to be a problem with OS X 10.11.4, the latest version of Apple’s El Capitan that launched in March. Users complain that while they’re using the operating system normally, it will suddenly freeze. While many people have experienced the issue in Apple’s Safari browser, others say that it’s also proving troublesome on both other Apple apps and third-party applications.

Macrumors, which earlier reported on the issue, says that the problem appears to be “concentrated” in Apple’s MacBook Pro line. However, Apple’s support forums include posts from people who are running the latest El Capitan version on several other Macs, including the company’s low-cost Mac Mini.

“The way this manifests itself is that scrolling and mouse movements suddenly start to get slow and jerky,” a Mac Mini poster to Apple’s site says. “Then, within 30 seconds to a minute, the keyboard stops working and mouse clicks no longer have an effect, but the mouse cursor will still move. Then it either stays that way indefinitely or the system crashes. The only recourse is to force a reboot using the power button.”

Many other users have also said that the only way to fix the issue is to force a hard reboot, which requires users to hold down the power button until the machine restarts. Upon reboot, the Mac is up and running again with no issue, according to the reports.

This can be a real problem for people who are using an Apple device for their business needs. If you can’t trust your computer to run properly, how can you serve your clients appropriately?

While there are some ways around the issue as outlined in the article, the question that remains is how much of an issue it actually is and whether Apple is going to do anything about it. It’s accurate to state that this turn of events is exceptionally annoying, it’s not a deal breaker for a lot of people.

Depending on how much you use your potentially affected computer you might be better off waiting for a patch to be implemented to fix this issue before you upgrade your operating system. If it’s not that big of a deal to you, go for it; just be aware that you may be signing yourself up for some headaches in the future.