The web has become a crucial aspect of our lives. We visit it almost daily now. And for those who lead an active virtual social life, they spend several hours glued to the Internet every single day. It’s like a vacuum that has sucked everyone in and prompted us to make big changes in our lives. This was all made possible with the numerous tech innovations that allowed us the smart technology to flourish, the reason why going online is so easy for the majority of the population right now. It’s amazing, right? I know. The World Wide Web is a lot of things and one won’t run out of nice things to say about how the web has blessed mankind and at the same time bridged gaps and physical barriers until they are almost non-existent. 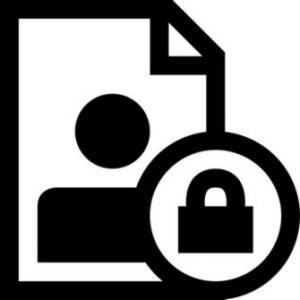 There is a major downside to it, though. As much as we revel in the many wonders of the virtual world, it has some cons too that mainly has to deal with data privacy. We are sharing personal information as we use the web daily. It is in the login details we use. In the emails we share. In the information we divulge on social networking sites. Cybercriminals are just lurking waiting for an opportunity to strike and strike they will. We have seen how disastrous the recent ransomware attacks have been and its effects span continents. It does not discriminate as long as it found a way of entry into your device. Then, that’s when you start having problems because your data is no longer safe.

It sounds like the premise for a movie on international espionage and data theft, but in recent weeks, a similar scenario played out.

Independent’s Business Report recently ran a story on the #Dataleaks saga where two developers ran an analysis of the data that made its way on to a public-facing server and discovered around 60million records.

Of those, 12.4 million are minors, which in theory means children and teenagers account for 29 percent of the data set. The data leak happens to be the largest known personal data breach in South Africa, putting people like you and me in danger of identity theft.

You must be familiar with your device, first and foremost. Aside from that, know what security measures you have in place that is fending off cyber hackers. There are different online crimes right now and you may not even be aware your device is hacked or worse it ends up getting encrypted with a malware because criminals are sneaky and smart too. Never underestimate what they are capable of doing as even the regular updates aren’t enough to protect your privacy from the people you don’t want to share your data with. Passcodes and passwords are already a given but we know that it has never been a barrier to people out there to steal your valuable information because breaches are done now and then.

What is the weakest link in terms of your data security? You need to find this out. It is almost certain that your network is protected by antivirus software and a firewall. However, are you sure that these tools are always up to date? Also, are they comprehensive enough to ensure that the job is done?

New definitions for malware are released on a daily basis, and it is the task of the antivirus software that you are using to keep up with them. On top of that, the philosophy of bring your own device is one that isn’t going anywhere any time soon. Your IT team needs to extend its umbrella of security over tablets and smartphones that your employees use for doing business.

We know hackings occur far more often now than it did before. For the longest time people thought that Macs were invincible to hacking or some other form of data privacy issues but how badly mistaken Apple users are. It’s just that hackers don’t want to make their lives difficult and targeted the biggest vulnerable group that are Windows user. But seeing how much potential there is in Apple, they have included Macs in their recent attacks much to the dismay of loyal Apple users. If that happens to your Apple device, check this https://www.harddrivefailurerecovery.net/mac-data-recovery/ to get some ideas on recovering precious data from your Mac. A handy data recovery tool you can use is https://www.harddrivefailurerecovery.net/do-your-data-recovery-for-mac-a-nice-tool/ to get the ultimate peace of mind from the constant worries caused by cyber attacks.