It’s not a dreadful message. Nonetheless, it still is an alarming one. You don’t want to to see the message “Disk Not Ejected Properly” on your screen, do you?

The message “Disk Not Ejected Properly” usually appears when you unplug a cable or disconnect power to a drive without making sure the disk has unmounted from the Finder after selecting it and choosing File > Eject [Name] or clicking the Eject icon next to its name in the sidebar.

It’s a message you don’t expect to see, especially if you’ve just successfully ejected the drive. The thing is, it happens and maybe, you shouldn’t ignore it.

When you mount a drive in the Finder, you expect it to stay there. If you’ve found that your previously reliable external hard disk drive or SSD starts ejecting itself, trouble is obviously afoot.

Here’s something you should do right away when you do see that message.

If unexpected unmountings continue, try to make a backup immediately. This may reveal other problems, but it’s important you have as current a copy of what’s on that drive as possible, as the hardware may be about to die—or the drive may at least be hard to access while you work through solutions. 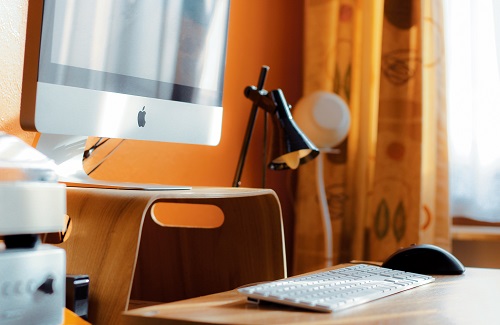 Mac expert, Glenn Fleishman, shares some possibilities as to why your Mac is not mounting. He also shares some helpful troubleshooting tips.

• A bad cable. Even if you haven’t touched the cable since you attached an external drive years ago to a desktop computer, cables can fail. This is true even if it’s the one included with the drive or you purchased one from a company with strong positive product reviews. Cable failure is more likely for drives that are routinely connected and disconnected to a computer. Swap another identical cable, as it’s the cheapest way to isolate the problem.
• A faulty power connection. Check that the adapter is plugged in to the drive firmly and that the AC power plug isn’t jiggling in the outlet or surge protector. If the drive has a power light separate from an activity LED, observe it and see if it’s flickering or otherwise inconstant. Even with a power light, it can be tough to monitor and hard to test if a power adapter is the culprit, because AC power adapters are rarely the same among different companies (or even models of drive from the same company). You may need to call the company or use online tech support to get additional troubleshooting. The company may be able to send you free or for a small fee a replacement adapter if it thinks that’s the problem.
• The drive’s case is going bad. This is another hard thing to diagnose separate from the drive. A drive has its own operating system, circuit boards, and chips, but a case also has components, firmware, and a power supply (unless it’s powered via the USB or Thunderbolt 3 bus). If you think the drive is fine and the case is a problem, you may be able to swap the drive into another case to test. Cases for 2.5-inch (mobile) and 3.5-inch (desktop) drives can be very inexpensive—as little as $10 to $20.
• The drive is failing. Often, there are signs ahead of time that something’s going wrong, and modern drives record diagnostic problems to an internal log. Unfortunately, Apple doesn’t have a tool that provides easy and direct access or evaluation. I recenlty posted a review ofDriveDx from Binary Fruit, and it helped me diagnose not one, but two external drive failures in time to rescue data. One of the drives had corrupted files and macOS would freeze when trying to access those. But the other, seemingly a little better off, began to unmount itself suddenly. I had to replace both.
• The computer’s peripheral bus is failing. While this seems unlikely, you can read about how I discovered this problem with a Mac mini a few years ago, which led to enormous amounts of wasted time and massive data-recovery efforts.

Now, these are just possibilities as to why your Mac is mysteriously unmounting. While it’s good to take note of each and every single possibility and troubleshooting tip, you have to do something right away. Truth is, trouble is just around the corner.

Don’t put off troubleshooting mysterious unmountings, because either something’s already wrong or about to get worse.

If the troubleshooting tips are way over your head, consider a https://www.harddrivefailurerecovery.net/mac-data-recovery/ service instead. Their Mac data recovery service can help you out with your mounting issues.