While we can’t live a day without going online for whatever reason it may be, we are not always aware of the risks involved when tinkering with the Internet. We not only have to worry about cookies and stuff but our very own privacy whenever we use certain features of our favorite social media platforms. 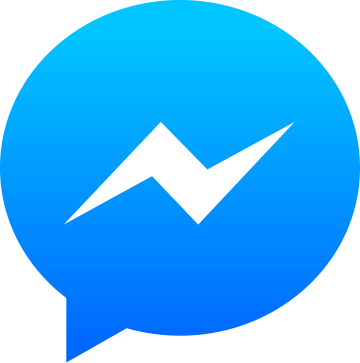 We like to get connected with the people who mean to us. At times, the use of social media can border on the creepy side as some people use it to stalk people they are interested in – whether a celebrity or in real life. However, we feel safe and secure in front of our computers in the confines of our own homes no matter what our web browsing habits are. But what if your exact location is suddenly divulged for the world to know whenever you use a favorite app millions can’t live with – the Facebook Messenger app.

Facebook has come up with a new feature for its Messenger allowing users to share their locations continuously for an hour. The feature is similar to one offered by Apple and Alphabet’s Google Maps.

Although the use of the feature is optional, it can go live as people will be able to share their information with friends and track the movement of the user for 60 minutes, notes Reuters.

We understand that many companies want to bridge the distance between people and connect us in a way never attempted before. But it can put the safety and well-being of the person at risk knowing that by divulging their exact location even just for an hour – others will know exactly where they are. While not all consequences will be bad, the fact that you lose your privacy during that time because of this feature is a reason to be of concern for some.

A few days after Google Maps launched its own Live Location feature, Facebook also released a similar service via its Messenger app. The biggest difference with Google’s own offering is the lifespan of Messenger’s location feature since it will only be around for an hour. This is the latest in the social network’s bid to make connectivity among users more ingrained.

This is not Facebook’s first foray into Maps territory when it comes to its Messenger app. As TechCrunch points out, the social network put out a similar offer back in 2015, which it quickly dismantled due to horrendous privacy issues. This time, Facebook is determined to carve a piece of the Maps pie for itself in order to increase its influence among users in terms of connectivity.

According to a Facebook post put up by Messenger Head David Marcus, the whole point of the new Live Location feature is to provide users with the ability to make get-togethers or meetings a lot easier to set up. It’s basically a way to provide people with a heads up on where they are at that moment and how long until they arrive.

We miss the world when things were simpler back then. When you had to guess what your crush is up to because there is no social media to stalk what he’s been doing. When you had to talk to somebody else before you can talk to the person your calling on the other end of the line. When people used to enjoy the moment and not get too consumed in getting that Instagram-worthy shot or videos to remember by. When kids used to play out under the sun and in the dirt rather than stay glued to their tablets or smartphones for hours on end.

Things have definitely changed the last time we were young kids ourselves. Although you can reminisce about the good old days any time of the day, you must never be lax about your safety and security because you have no idea what others are thinking all the time. A crucial data as your exact location can put your home at risk of robbery or you yourself at risk of something else. There should be an option that asks whether you want to reveal your location or not whenever you go live, so you take full responsibility yourself in case anything goes wrong when using the app.