A lot of the things we do now involves the use of technology. From simple machines to supercomputers, these gadgets are crucial to making things happen and businesses both big and small from all over the world won’t make it big if they don’t know how to utilize these resources well considering that the Internet of Thing’s influence is so widespread and continues to extend its reach. But the world is shaken every time a disaster strikes. The very reason that electricity is usually cut off for days or indefinitely depending on the extent of the damage is a major factor why life loses order in the midst of a disaster. It is even worse in the event of a flood where water continues to be a threat to the physical integrity of your equipment. It’s not that you only lose access to the web for the time being but there is a big possibility that you won’t be able to use your computer or other gadgets again or would require time and a lot of money to get them fixed because they’ll likely be out of order once the water subsides. Professional services such as https://www.harddrivefailurerecovery.net/hard-drive-gets-water-damaged-what-to-do/ will be required because average people don’t usually have the know-how to perform more complex technical troubleshooting. 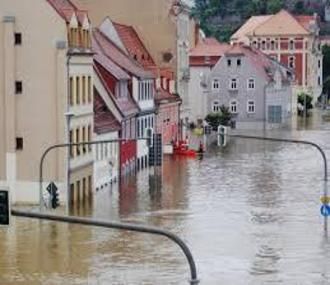 As disastrous as these calamities may seem, it is the reality we face year in and year out as calamities can strike when you least expect it to and often when you are the least prepared. But since we have experienced these problems many times now, some have already found potential solutions to help us survive these unfortunate situations. The most important of all is that you can stay connected to the web for a lot of reasons especially when communication is crucial in ensuring the safety of the public and the delivery of disaster relief services. Edge computing plays a vital role in making this happen and is extremely helpful in telling first responders how to navigate disaster-stricken areas.

Edge computing and fog networks must be programmed to kick in when the internet fails during disasters, a scientific research team says. That way, emergency managers can draw on impacted civilians’ location data, social networking images and tweets and use them to gain situational awareness of scenes.

Routers, mobile phones and other devices should continue to collect social sensor data during these events, but instead of first attempting to send it through to traditional cloud-based depositories operated by the social network — which are unavailable due to the outage — the geo-distributed devices should divert the data to local edge computing, fog nodes and other hardened resources. Emergency officials can then access it.

The fact that almost everyone owns and uses a smartphone today makes edge computing an even more effective replacement to traditional channels whenever power stations or network providers are down and inaccessible to the majority. Aside from that, surveillance cameras are likewise scattered in various places, so it helps gather information and serves as a great medium for edge processing, which can be our savior and only hope when everything else fails. The existence of the cloud is also instrumental in keeping everything the way it is even if it is raining cats and dogs outside or when residents are evacuated and towns are devastated by other more severe calamities we see now and then.

Many social problems are logistical and optimization problems. How do we get goods, services, or people to the right location quickly and efficiently? Or how do we predict how climate, a cholera epidemic, or some other element of our environment might behave over time?

D-Wave’s latest quantum computer, which has 2,048 qubits, can handle a huge number of calculations between interrelated variables near-instantly.

While quantum computing may also be far from the mind of the majority today, it is just looming on the horizon and is probably already our reality now. After all, there are already supercomputers at work, on a smaller scale, though, but they are working. Also, quantum computing is no longer just an idea but almost a reality. It is within our reach and they can offer the solution to the constant threat of natural calamities especially now that global warming has worsened natural weather phenomena and continues to claim lives and properties in various parts of the globe. Your computer and gadgets don’t stand a chance too so in case yours is unfortunate enough to be a victim like yourself, seek the help of pros from https://www.harddrivefailurerecovery.net/ so you can connect to the web once more and regain a semblance of normalcy in your life.