You may think that you’ve seen it all on the web but real-life stories still never fail to impress or annoy you at times especially when they border beyond disbelief. They are rare and you seldom encounter but they do pop up now and then and surprise you with their absurdity. Since technology is so advanced right now, it’s easy to put two and two together and watch out for unique news that involves extreme extraness together with the use of a tech gadget or two. 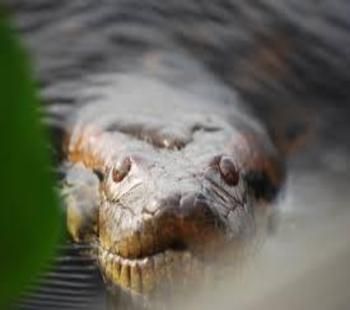 People try to smuggle all sorts of things aboard a plane. You have probably watched the movie “Snakes on a Plane” and this news is most likely inspired by this film. Apparently, someone used their external hard drive to smuggle a snake on board a plane. And it is a real live snake stuffed inside a pantyhose. You’d think you can only see these things in the movies but real people are actually capable of doing it too without thinking twice about its repercussions.

Somebody tried to board a plane in Miami with Python on their hard drive. What’s the big deal? It’s just a high-level programming language for general-purpose programming, for Pete’s sake!

…oh …I see …it was AN ACTUAL PYTHON – a ball python, crammed into some pantyhose, stuffed into a hard drive, hidden in checked luggage, bound for Barbados.

The US Transportation Security Administration (TSA) on Tuesday put up an Instagram post in which it said that its agents had “prevented a young Ball Python from flying the friendly skies” on Sunday.

The would-be snake smuggler was a woman on her way to Barbados. She had stuffed the snakelet into some pantyhose, then stuck it in a hard drive that she put into her checked luggage. Going by photos posted on the TSA’s Instagram post, the python didn’t suffocate, though it probably would have liked to stuff its owner into a hard drive and see how she liked it.

Imagine the dangers brought about by having an undeclared wild animal inside one of the luggage of a passenger plane. The carrying of animals in itself have special considerations to be observed and the fact that it wasn’t declared to the authorities make it even more questionable. Imagine having a loose animal like a snake on a plane and a wild one at that. It can chew on plane wirings that can put everyone’s lives at risk. How can these people even think of smuggling a live animal when they know very well that their bags will go through an x-ray check and the authorities would likely realize something is amiss with their luggage.

“The snake, that didn’t get on a plane thanks to our officers’ diligent screening, had been artfully concealed inside the electronics of a hard drive and placed in a checked bag headed for a flight to Barbados,” Sari Koshetz, a TSA spokeswoman, told the Miami Herald. “Upon the TSA officer’s discovery of the organic mass, one of our TSA bomb experts was called into the baggage screening room to investigate the innards of the hard drive and that is when he discovered the mass was a live snake.”

The passenger was fined and wasn’t able to board their flight to Barbados, and U.S. Fish and Wildlife Services took possession of the snake.

The smuggler must have thought that hiding the snake inside an external hard drive would conceal the animal very well but this is also a reality check for those who have plans of doing the same thing in the future that technology is so advanced these days that somebody will definitely notice something no matter how hard you try to hide something malicious in your stuff.

Well, it seems that the person who did this have no conscience about sacrificing an external hard drive just to get the snake on board that plane when many others actually lament about their broken EHDs knowing how pricey it can get and the files stored in it are just as precious too. Millions worry about hard drive problems every day of the year in different parts of the globe and will go to great lengths to know how to address https://www.harddrivefailurerecovery.net/fixing-hard-drive-errors/ and https://www.harddrivefailurerecovery.net/fixing-hard-drive-errors/ especially when the data saved in it can change their lives. In this case, the external hard drive was just a convenient way to supposedly carry the snake in transit but luckily, the person was busted in time.