In the world of technology, nothing reigns supreme the way Apple does. Its brand not only shouts innovation, elegance, and quality, but it has proven its worth in terms of specs and product performance. We have seen over the years how the Mac computer has evolved from the bulky frames of the old-fashioned Macintosh that introduced to the world the technologies of the mouse and the graphical user interface to the sleek and high-tech devices they have become. Although designed as a mass-market PC, the Macintosh’s high price tag was the major hindrance why the majority of the population can’t afford a Mac PC. It’s also why, until today, we equate Apple computers with class and the computer of choice of the rich and famous. 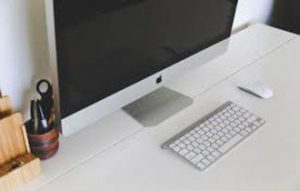 Aside from the obvious appeal of an Apple device, another standout feature is its apparent immunity to most cybercrimes that plague tech users for quite some time now. The most popular of all is ransomware attacks that have plagued the world and took a lot of money from individuals and organizations but it seems as if the end of it is not yet near. Even Apple Macs are now vulnerable to these attacks with issues concerning software updates that have become a cause of worries among the multitude of Mac users who chose Mac computers thinking they will be safe from such problems but not for long.

Maybe it isn’t sexy, but it stops hackers from using well-known bugs to break into your computer. In fact, it’s the most important thing you can do to keep your computer safe.

Say it with me: Update your software.

But there isn’t much you can you do if the update doesn’t work the way it should. That’s what’s happening with some automatic updates to Apple computers. According to research published by Duo Security on Friday, Apple updates can sometimes leave out very important patches to computer firmware, the updatable code that runs on computer processors and other chips.

Out of more than 73,000 Macs reviewed by the researchers, 4.2 percent didn’t have the version of firmware they should’ve had. Some models of Apple computers, many of them older, were especially behind the curve, with 16 of them showing no firmware updates and 18 of them appearing only to have been updated before leaving the factory.

Computer and smartphone users expect their devices to be protected from the many troublesome bugs that are lurking on the web these days that aren’t just a major inconvenience but mighty costly too. The safety net that consumers rely on has failed simply because these patches are incomplete and lack what their computer firmware needs to combat bugs and other threats from the Internet that can result to a need for such https://www.harddrivefailurerecovery.net/mac-hard-drive-recovery/. It is a major headache and I’m sure all Mac users want to spare themselves from such an experience but what can they do if the company does not offer the patches they need (especially for the more outdated Apple devices).

The researchers identified 16 Apple computer models—including iMacs, MacBooks, MacBook Pros, Macbook Airs, Macminis, and MacPros—that receive support for operating system security updates, yet no longer appear to receive them for their EFI firmware. The inconsistencies raise questions about the quality assurance Apple has been applying to firmware updates.

The findings also present a mystery. “From the data we could see what was happening, but not say why it was happening,” Smith tells Fortune. “We don’t have data to look inside why there was a failure.”

Now, we understand better how complex technology is even if we are already living and breathing it in our everyday lives. We like to think we are safe from the dangers of the web because we update our phone when new updates are made available but we are not aware of the other things that happen behind the scene that we should be aware of but aren’t. Whether you are using a Window’s device or an Apple one, there will always be issues that can lead to problems big and small. This https://www.harddrivefailurerecovery.net/mac-data-recovery/ may come in handy to find out how you can salvage data from your Mac in case something breaks through your defenses and compromise the data stored in your device.