Data recovery, although a must when the need arises, isn’t something you can easily dabble with if you lack the technical knowledge and skills required. Forensics is another concept that is just as complex as it is different from data recovery. But as our world is increasingly becoming more digital, the world of data recovery now intertwines with that of forensic. Of course, you’ve probably seen it already on CSI. Forensic experts are tasked to retrieve lost data from damaged hard drive that were intentionally damaged when the crime was committed. 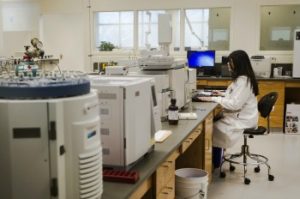 While the victim is the focal point in any forensic investigation, experts should not neglect the surroundings where the crime was committed or any form of electronic surveillance that may prove useful in capturing the perpetrator. These too are subject to tampering or damage as they are quite easy to destroy. But with the help of a pro, identifying the suspect becomes an easier task rather than just relying on traditional crime-busting methods alone.

From laptops thrown in the river to hard drives that have been damaged in an attempt to destroy any evidence of wrongdoing, Kroll Ontrack’s engineers and consultants have successfully assisted hundreds of law enforcement and government agencies, law firms and corporations to recover evidential data that was pivotal for their case.

Computer forensics is the science behind the investigation of computer media while data recovery is the technique used for the retrieval of data from a damaged media. For a comprehensive investigation to be carried out, both capabilities will have to be used in most cases. Data recovery techniques will be used to retrieve critical data from the target media and then forensic methodologies will be applied to analyse the data most critical to the case.

In many instances the media at the centre of an investigation, either as the tool used to commit a crime or a repository of evidence of a crime, might be damaged or unreadable due to reasons such as intentional damage, technical failure, fire or water among many others.

There is more to data recovery if it involves forensics in the equation. Even if you’d be able to recover data from a damaged hard drive, for instance, various factors affect its admissibility as evidence on court, so try to familiarize yourself with corresponding protocols on data handling to prevent making such costly mistakes if you are a forensic expert in the making.

“Computer forensics will play a greater role in exposing the malicious acts of people. As it continues to advance, it will make it more difficult for people to hide their wrongful acts and easier to have them held responsible,” Demirjian said.

Technology has come a long way since Demirjian got into the business. The industry has advanced from one that utilized the operating system commands to one that is software based, he said. “It is now more important to have experience with the tool being used then the system being worked on.”

He added that the software has improved with greater and broader compatibility and capability. “It is faster and less expensive. This has enabled forensic engineers to perform many more tasks,” he said.

TechFusion has been involved in some high-profile cases, most recently being the infamous cell phone of New England Patriots quarterback Tom Brady. When the NFL asked to examine his texts, Brady said he had gotten rid of the phone. Those texts were later found. TechFusion was also tasked with reviewing the surveillance video taken from the late-Aaron Hernandez’s house the night Odin Lloyd was murdered.

You may not always recover data but it is the goal of computer forensics to check a tech device and identify, recover, preserve and analyze data retrieved in aid of an investigation. It’s basically the same principle observed in data recovery except for the end results where data recovered are used in uncovering a crime or in aid of prosecution. Fortunately, computing advancements enabled forensic experts to achieve impossible feats, most importantly, in identifying an incident response and uncover the mystery once and for all.

For trying-hard forensic experts, http://https//www.harddrivefailurerecovery.net/hard-drive-data-recovery-for-mac-laptops-and-pc-drives/ can widen your knowledge and understanding of data recovery on both Windows and Mac PCs. But if all else fails but no person or animal were harmed (hence no need for forensic experts), contact https://www.harddrivefailurerecovery.net/hard-drive-failure-solutions/ for professional tech help in recovering your precious data from damaged or corrupted hard drives without spending a fortune.