Technology doesn’t last long these days because there is always someone out there looking to improve a process that was just developed six weeks ago. Because of this many people are finding that they need to replace their computers more frequently; sometimes even months after purchasing them. Although to be fair, in 2021 replacing computers doesn’t happen often. In fact, desktops are almost NEVER replaced unless your motherboard or RAM get too old. 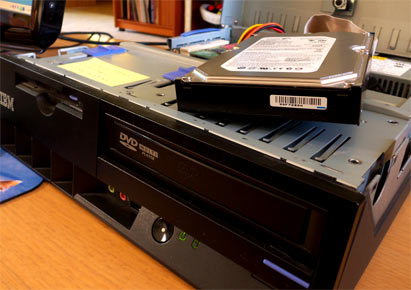 With replacements come new costs and that’s not something everyone can afford. If you’re trying to start up a business venture or you’re trying to improve on an existing system you’ll probably have a budget that you need to stay within. In that respect more and more people are looking towards recycled and refurbished hardware to help ease the stress on their wallets. But wait. Aren’t refurbished drives just a few steps away from hard drive crash? Is this safe? Not always:

Owing to a decrease in the sale of PCs and laptops, consumers and businesses in need of additional storage are buying up more recycled hard drives – and the amount of digital information stored on these devices is staggering, according to a new study.

“The Leftovers: A Data Recovery Study,” from Blancco Technology Group, an Alpharetta, Ga.-based firm that provides data destruction, warns of the dangers of recycled hard drives. The study details how personally identifiable information (PII) – including Social Security numbers, government documents, financial data and photos – are among the traces left behind should the original owner fail to properly delete their digital details.
To conduct the study, a Blancco digital forensic team obtained 200 hard drives from online marketplaces like eBay and Craigslist. They were able to recover residual data from more than 78 percent of the drives.
Enterprise emails were recovered on nine percent of the drives, followed by spreadsheets containing sensitive company information, including sales projections and product inventories in five percent of the cases.
As well, 67 percent of the used drives contained PII. The team recovered photos (43 percent) and photos with GPS data (24 percent), as well as financial data (21 percent), Social Security numbers (23 percent) and résumés (10 percent).

The important thing to note here is that the recycled or refurbished hard drives are not a bad thing; it’s just that many people aren’t disposing of their information properly before they resign their hardware to be recycled. It is crucial that you wipe your hard drives before getting rid of them. Even if you happen to not be able to recover from a crashed hard drive, you should still at least attempt to wipe the drive. It can help, believe me!

Sure, you might think that you’re doing the environment a favor and maybe you’re getting paid for your old hardware, but your personal information is just that: personal. You shouldn’t be sharing it with anyone. Things like your Social Security Number can lead to your identity being stolen if it lands in the wrong hands.

This would be a good time to take inventory of what you have on your computer and figure out if that information really needs to be on there. Maybe you have something in an old file that you used three years ago before forgetting about it. Don’t forget to wipe that out!
Just like you wouldn’t give dirty clothes or soiled shoes in a donation you should think about cleaning up your hardware before you get rid of it.

It’s not just your browser history you need to worry about people finding out anymore. It’s passwords, it’s important information about your identity. Getting rid of it, whether you have had a hard drive crash or not, is always an excellent idea.