Our daily life revolves around the multiple use of technology. From smartphone use to the use of household appliances, we all have learned to incorporate their use in our daily lives. Back in the days, only a handful of people had personal computers or laptops of their own. There was really no need to own one since there was not much to do with it aside from encoding data and files. However, a lot has changed today that owning one simply is a must. 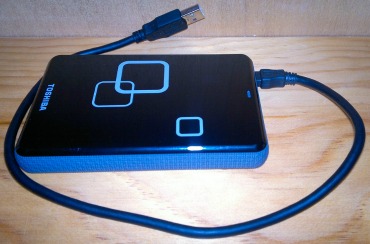 All computers and laptops have a built-in hard drives albeit not that big when you consider the sheer amount of video and music that we store on hard drives today. Storage space may be somehow limited; it is why computer and laptop owners who require plenty of storage purchase an external hard drive where they can save and store extra files. Having an external hard drive also protects your files from cyber criminals who are after your precious data. If used for backup, it can ensure that a hard drive failure doesn’t destroy all of your data forever. They are not flawless, however.

One afternoon last fall, Kevin, an engineer who works for a Florida power company, was quickly checking emails on his home computer when he spotted what he thought was a message containing the mailing label he needed to return some headphones he had recently bought.

The attachment came up blank, so he moved on. Soon his computer began to run a little sluggishly. Then, three hours later, his screensaver—a photo from a South Pacific vacation he and his wife had enjoyed—disappeared. When he checked the directory holding all his photos, he was startled to find them all renamed with strings of gibberish.
ALSO ON HIS SCREEN was an icon for a document he didn’t recognize. He clicked on it and panicked as he read a chilling message: “All of your files are encrypted,” it began. And they would be lost to him forever unless he made a ransom payment of $2,400.

This is a reality an unfortunate few experiences when they encounter experienced cyber criminals who will take advantage of you and your computer’s vulnerability. If you haven’t protected your data or stored a backup somewhere else, then you’re a goner. There are tons of places online, including Google Drive, where you can easily back stuff up. Do it today, and don’t be a Kevin!

What happened to Kevin and thousands of other people last year could easily happen to you. Your computer or smartphone could be attacked by what’s known as ransomware, a fast-growing online scourge that can cost you thousands of dollars if you pay to regain your files—and thousands of dollars if you don’t. Also at stake: documents critical to your business or personal finances, priceless family photos, and the days or weeks you might spend trying to replace what you have lost. Want to recover your photos or financial records? You could be ordered to pay anywhere from $200 to $10,000—the range of ransom money typically demanded of individuals, according to a recent IBM Security survey. And nearly a quarter of businesses hit by a ransomware attack end up paying $40,000 or more. As the Department of Homeland Security warned last year, ransomware’s effect can be “devastating.”

Ransomware has spread with terrifying speed. This type of malware—short for “malicious software”—accounted for fewer than 2% of emails with malicious links or attachments in the fall of 2015, according to PhishMe, a cybersecurity firm. By last fall, ransomware’s share had zoomed to a shocking 97%. Total ransomware losses in the U.S. hit $1 billion in 2016, up from $24 million in 2015, the FBI estimated.

It may not be a widely celebrated holiday, but World Backup Day — celebrated on Mar. 31, just ahead of April Fools’ Day — aims to encourage computer users to regularly back up their data.
That appears to be something many users don’t do.
CBC Radio technology columnist Dan Misener explains why it’s important, and offers some strategies to keep data safe and secure.
It’s a day all about backup awareness, and getting more people to start backing up their computers if they don’t already, or — for those who do — to take a serious look at their backup strategy, and make sure it’s up to snuff.

Why is there a need to backup your computer?

Whenever I talk about the importance of backup, I always think about my friends Mike and Catherine, who lost every single photo of their twin sons’ first year because of a hard drive crash.
We’re talking about protecting your most precious digital documents. The kind of stuff that’s heartbreaking to lose, because it simply can’t be replaced.
And to be clear, backups don’t just protect against hard drive crashes — there are many, many ways to lose data. You can lose data in natural disasters like floods or fires, for example. Or you can lose data if your computer is stolen.
And then there’s ransomware.

Those are just some of the reasons why backing up your computer with an external hard drive, for instance, can save your files/ data (and even your life). Make a conscious effort to protecting your data because the web is not a safe place at all and that hackers are just around the corner waiting for you to click that one suspicious spam mail that can be your undoing.

Invest in your data security and free yourself from the constant worries of cyber crimes that happen all around you with the help of a trusted external hard drive where you can transfer and store important files from your phone, tablet, laptop, and computer. You’ll be more than glad that you did!