As a result of the unmatched intuitiveness and ease-of-use that the Mac OS operating system provides, Apple computers are extremely popular with both personal and business users around the world. Fortunately, Apple has introduced several features that make data backup and storage on Mac computers simple, but even with these features, many users lose critical data each year as a result of hardware failures, accidental file deletions, and other threats, including viruses and malware. It happens a lot more than you would think. 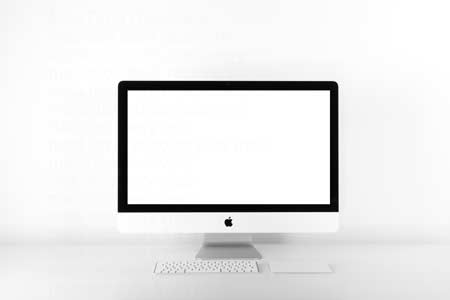 When dealing with hard drives, flash drives, servers, and other devices that run Mac operating systems, data recovery companies like Hard Drive Recovery Associates face a number of difficulties. The following are some of the considerations that we must take into account in order to provide reliable data recovery on Mac systems.

Physical Drive Issues May Be Difficult To Sense

Many of the Mac computer cases that we receive have hard drives that have been physically damaged. Apple users, on the other hand, are not always aware of the signs of a physical hard drive failure, which can make recovery more difficult. Many Mac computers, for example, are designed to minimize noise, so users may not be aware of clicking or whirring sounds, which are among the most common signs of hard drive failure.

With that said, Mac hard drives are no different in terms of physical construction from any other type of hard drive. Most hard drives will work with either Mac or Windows configurations. Often, it is necessary for data recovery companies to use certified clean rooms in order to safely repair a damaged hard disk drive because contaminants that could otherwise get between the read/write heads and the platters that store your data cannot be removed. This is the same no matter the operating system.

If you have reason to believe that your Mac hard drive is experiencing a physical problem, turn it off immediately. It is not recommended to attempt to copy your data to another drive or media format unless you already have a backup. Look for a qualified data recovery company that has a Class 100 clean room and get in touch with them as soon as possible to set up an appointment to discuss your situation.

A common misconception among Mac users is that deleting a file from the trash can completely removes it from the hard drive. While data recovery engineers may have to employ different techniques on Mac systems than they would on Windows or Linux systems, deleted or trashed files are almost always recoverable in the vast majority of instances. The basic fact is that the file is still there until the space on the hard drive it occupies is overwritten.

Which brings up a critical point: computer users, must be careful not to accidentally overwrite their files. If you accidentally delete something on your Mac and then realize that you made a mistake, immediately turn off your computer and contact a professional data recovery company for assistance. It is not recommended that you attempt to run data recovery software because this can often make the situation worse by overwriting your deleted information. Our engineers can frequently recover overwritten files, but this is a much more difficult process than simply recovering data from a deleted Mac hard drive.

Despite the fact that the Hierarchical File System (HFS) used by Mac OS computers has both advantages and disadvantages from an operating system standpoint, it has significant differences from other file systems that necessitate the use of specialized tools for Mac data recovery engineers.

In part due to the popularity of Mac systems, a number of third-party utilities are available for recovering damaged or deleted data from HFS variants such as HFS+ and HFSX. At Hard Drive Recovery Associates, we employ proprietary software tools that have been developed in-house and that allow us to recover data without the risk of causing file damage.

Unfortunately, some data recovery companies do not understand the hardware architecture of Apple computers and as a result, they cause damage to Mac systems during the initial stages of the recovery process.