It is true that we are constantly surprised at the rate technology is advancing faster than we expected. It also means that technology would still be able to push the boundaries and keep on moving forward with new innovations one after the other. Mankind is no longer limited by our natural human limitations here on earth as we delve farther out into space in search of solutions to tech dilemmas we now face. We are talking about space servers. Yes, space servers. You heard that right. Others have been doubtful at first whether sending servers into spaces is possible but it has proven that with time and the right technology, everything is doable. 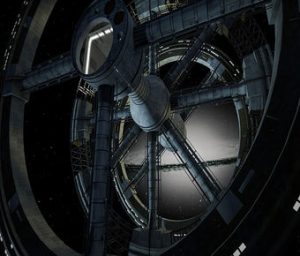 We have all been fascinated by the vast realms of the outer space, after all. We can’t help but always be in awe of space explorations and discoveries made by people and groups that have dedicated themselves to unlocking the secrets of space. Yet harnessing the potential of space in tech advancements is another level of greatness as the constant threat of cosmic radiation and the many uncertainties of the space make progress on this area quite difficult. Taking actual computer hardware like servers out there is a big risk with no definite proof of success. However, these deterrents prove to be irrelevant to HP’s dream of having real-life computer space servers sent there.

Hewlett Packard Enterprise has successfully powered up its experimental space servers, after a month of orbiting the Earth on the International Space Station.

The delays were due to astronaut timetables and the recent hurricane Harvey.

Last month HPE sent two Apollo 40 servers up to the International Space Station onboard Space X’s Dragon launch. The experiment is to see how long the machines will last and how their performance will degrade over time. Astronauts use specially ruggedised laptops but they typically only last a month. Vibration, radiation and sub atomic particles all do damage.

The two rack-based servers are water cooled – normal convection is not effective in space – but otherwise standard machines. They are also using software systems to provide extra protection – the machines cut back their performance if they detect excessive radiation.

It took a bit longer than expected but Hewlett Packard was able to send its first ever space server into space. While the goal of this particular mission is not entirely related to the advancement of the way computer and computer systems work on land, this year-long mission will prove beneficial in unlocking the answers to keep computers working efficiently despite long space missions like a Mars exploration, to be specific.

Called Spaceborne Computer, the supercomputer was installed at the International Space Station (ISS) last month for a one-year pilot to check if it can withstand the pull of gravity and harsh conditions of space.

Nasa’s goal is to explore Mars in the 2030s, an interplanetary journey likely to take a year. It has identified that the computers accompanying the astronauts must be self-reliant, robust machines capable of handling intensive computational activities and dealing with unexpected challenges.

The computers will likely be steeped in artificial intelligence and machine learning so that it can predict astronauts’ well-being, equipment failure or events in the future.

Mars astronauts need near-instant access to high performance computing as their spacecraft hurtles towards the red planet more than 54 million kilometres away from Earth. According to Nasa, Mars is 26 light minutes round-trip away.

Time is of the essence when you are in space. The time lag that persists to be a problem today is something space experts want to be taken out of the equation especially during long space voyages where astronauts only have their equipment to rely on. Requiring equipment that can send back signals to earth for assistance is but a must. Everyone who are involved in the project are hopeful that the efforts they are putting in now in developing an efficient and reliable computer system for the trip to Mars is up to par with the reality it is about to face in space.

This project goes far outside the usual problems you experience in using tech devices and computers in your daily life like https://www.harddrivefailurerecovery.net/is-your-hard-drive-making-a-clicking-noise/ because here we are exposing these computer devices to the harsh environment of space. Even cloud or big data issues like https://www.harddrivefailurerecovery.net/raid-recovery/ pales in comparison to what HP is doing now because who knows what else we’ll find out on Mars someday.