Most computers and laptops use conventional hard drives for the saving and storage of data. But as more alternatives open up and businesses expand their operation, there is even a greater need for data space and storage. SSDs may just be the solution (and sometimes not) some people are looking for when they experience disk issues like these. Since its prices have significantly gone down in previous years, it is becoming a more feasible option for a wider market now. 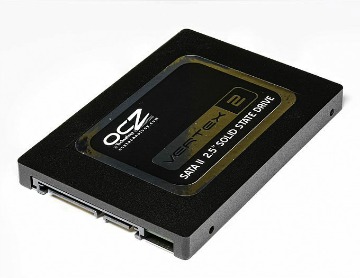 And when it comes to recovery plans, you have to take everything into consideration and look at all possible options that can save your business and its operation in the unlikely event of an unforeseen disaster.

Today, 1 TB SSDs are very inexpensive, retailing from distributors at around $200. This is still considerably higher than backup/archiving workhorse hard drives, which deliver 4 TB or more for the same price.

SSDs get interesting when we look at the backup window, which for many sites is just too long, and getting longer as storage grows. We are moving data to the cloud, too, using gateway appliances, but the WAN performance is fixed and limited, which implies a good buffer is a necessary part of the design.

This is where those large SSDs become very useful for backup and recovery plans. Data can be journaled on the gateway using a pair of SSDs in a mirror configuration for data integrity. The large SSDs allow many parallel backup streams, limited only by the LAN connection’s capacity. This shortens the backup window significantly.

The use of SSD does not only come in handy in recovery plans that involve disasters, natural calamities, or tech disturbances, SSDs are more affordable now and more people can enjoy the seamless benefits it offers you don’t get when using a traditional hard drive.

Seagate senior director of product management Kent Smith said he expects the 60TB drive to be available within a year. He said the drive will enable active-active archives. “Take a social media site with a lot of photos that people need to access quickly,” he said. “People hate waiting. This is for when you need lots of capacity but you need it to respond quickly.”

SSDs are proving to make notable progress in a market that used to be dominated by hard drives.

As there is value in almost any data, it is rarely, if ever, deleted. This leads to increasing demands on storage capacity. The alternatives are hard disk drives (HDDs) and solid state drives (SSDs). HDD capacities have been increasing steadily over time, and have been the mainstream form of storage in the enterprise until now. But last year the capacity of HDDs was surpassed for the first time by SSDs – and because SSDs are scaling at a faster rate than HDDs, we will never look back.

SSDs use NAND memory, which has an amazing ability to scale. NAND memory is comprised of storage cells formed on semiconductor material. Improved density was achieved via process geometry shrinks at the die level. However, this method of gaining greater density was nearing its physical limitations based on how closely the memory cells were being squeezed together. Undeterred, the industry introduced a breakthrough in the past three years with the introduction of 3D or vertical NAND. Instead of attempting to squeeze memory cells ever closer together, 3D NAND stacks them vertically on top of each other. This allows SSDs to continue to aggressively scale in capacity for the foreseeable future. Another inflection point took place during the past year – enterprise SSDs became less expensive than 15K HDDs when taking data reduction technologies such as compression and deduplication into account. Compression reduces bits and hence the amount of storage needed for a set amount of data by identifying and eliminating statistical redundancy.

We can expect to see more changes as the demand for data and its storage also increases. Those who feel restricted by the limited features of most hard drives can now explore the benefits they can get from a solid-state drive (SSD) that works just as good as a hard drive without having to worry about the threats of data loss. You also get the assurance of longer data protection at a more reasonable cost, something you can easily enforce in times of disasters. So, give it a try and find out yourself if using an SSD really made your life easier.