Regardless of the size of the company most have a room average employees are not allowed to go into. This is generally the server room or where the external hard drives are located for data storage. This is often to avoid freak accidents like hard disk drive failure or server malfunction. These rooms tend to be a bit dark with a mess of wires and cables going every which way. 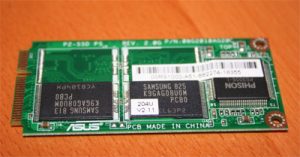 You’ve probably seen this room and thought: ‘Man. I’d hate to be the guy who has to replace those drives when they bite the dust.’ Yes, you would probably hate to be that guy; however Solid State Drives (SSDs) are starting to solve that issue:

The economics of solid state storage is being turned on its head thanks to the introduction of longer-lasting enterprise SSDs.

That’s the conclusion of Randy Kerns, senior strategist and analyst at storage analyst Evaluator Group. Kerns was talking at the Flash Forward solid state storage conference in London in June. He says that flash-based storage is becoming far more durable than was the case in the past, and as a result enterprise SSD vendors like SanDisk are beginning to offer guarantees of ten years or more for some of their products.

“When the lifespans of enterprise SSDs change, the effect is dramatic,” he said. “It affects not just the running costs but also migration, and it overlaps with all the other things built in to the total cost of ownership. So this is huge, and it overwhelms the price differential between spinning disk and flash.”

It’s an important point because enterprise SSD storage remains stubbornly more expensive than spinning-disk storage in terms of cost per gigabyte to purchase. But hard drive storage systems are only designed for a useful life of about three years, after which they have to be replaced and the data migrated to the new hardware. If enterprise SSD systems need to be replaced far less frequently, the effect is a significant reduction in total cost of ownership (TCO).

With enterprise SSDs there’s also an increasing TCO advantage derived from the fact that you need fewer or smaller storage systems. That’s because enterprise SSDs are becoming much denser in terms of data capacity than conventional hard drives. For example, in March Samsung unveiled its PM1633a enterprise SSD, which comes in a 2.5″ form factor and uses 3D NAND to offer a capacity of 15.36TB. By 2020 Toshiba predicts capacities of 20-40TB for hard drives, while enterprise SSDs could reach capacities exceeding 256TB.

Not only do SSDs not have moving parts which are the main culprits of system failure, they’re being manufactured with larger capacities than their hard drive compatriots. Granted, the classic spindle and platter system is still a big-drive staple, but over time we will see that SSD will be taking control. This means changing out the hard drives less often because you need space. Any growing business knows that you can’t underestimate the amount of space you’ll need to store your digital files. It’s better to be safe than sorry.

Who knows? In the future instead of that dark room at the end of the hall no one but the tech guy is allowed to go into we’ll have nice shiny corners in the tech guy’s office where all the storage lives happily in the corner.

Anything is possible. Contact us at our number above if you have any questions!