The long and cold winter months can take its toll on the human body and the least you want to endure is taking a cold shower. Such a depressing thought – as gloomy as the cold weather itself. It’s a good thing winter is but a distant memory now. Since nobody likes a cold blast of water upon arising, you turn on the water heater or heat some water to fight the cold. But what if I tell you that computer servers are now capable of heating water? It sounds unreal, right? 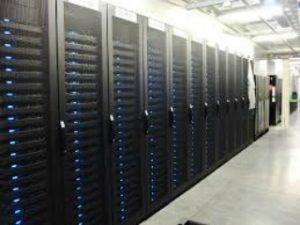 Almost everything is possible with the technology we have today. By now you probably are aware that computers give off heat. An ordinary PC fan will do for a single computer but it’s a different thing if we are talking about tens to hundreds and thousands of PCs in massive data centres. Aside from boosting the air conditioning system or relocating these data centers to the Arctic, there’s a new solution to this age-old dilemma. Some tech wizards found a great way to make use of this excess heat by heating water in many homes.

Dutch householders could have showers heated by computer servers under a creative, if potentially problematic project.

The idea of Nerdalize is to bring together two problems: the need to extract heat from servers to keep them running well, and the need to heat homes. The theory is that combining the two will save money and also reduce unnecessary energy use.

The company has already run a small-scale program in which businesses hired a server that would not be located in a data center but rather inside a wall heater in somebody’s home. The Verge reports that it fundamentally worked, though the heaters were slow to respond and only heated small rooms.

The next stage of the pilot is to use servers to heat home water supplies. It’ll be tested in around 20 homes, with forecasts that each participant will save an average of €300 (US$337) and cut total household carbon emissions by around 25 percent. Meanwhile the businesses renting the server will save around 50 percent on the cost of equivalent server space in a dedicated facility.

It might take a while, though, before you can recover its initial costs. And you think that solar panels are the only ones to help you save energy and electric costs. The process is quite simple too, nothing mind-blowing or complex.

The setup is simple enough: you pay Nerdalize to install a server in your home; it heats your house for free; and Nerdalize makes money by selling the server space to other companies. Back in 2015, the company unveiled its first product — a standalone wall heater powered by a single server that was used in a year-long pilot in five households. The heaters were slow, taking about an hour to warm up, and fairly weak, only providing enough heat for a small room. But they worked. And Nerdalize is now moving on to a second pilot that integrates its sever-heat more tightly with customer’s homes.

While the technology in doing it seems simple enough even to ordinary people, there are a lot of issues that need to be ironed out. First, will companies using these data centers be comfortable in having there data sitting in people’s homes? And what if the servers malfunction, won’t you mind having engineers come over to fix it? These are but valid issues. What’s even more pressing is whether such a technology is sustainable in the long run.

The company behind it, “Nerdalize”, tried the same technology in the past but it wasn’t much of a success but they are willing to try it now on a bigger platform. No matter how promising this concept sounds, it is still a work in progress and a perfect example of an experiment done in a real-life setting. If it works, it can solve a lot of problems we now face, whether it is in reducing carbon footprint, providing warm water and many others.

Other related computing concepts you may be interested in are RAID recovery: https://www.harddrivefailurerecovery.net/raid-recovery/ and SSD Drive Failure: https://www.harddrivefailurerecovery.net/the-harsh-realities-of-ssd-drive-failure/. Computing may be a complex issue for some but all it takes is an open mind to learn all these various topics and hopefully you can apply what you learn in real life too.