We can’t deny the innate beauty of the natural world but it is far from perfect. It is not every day that the weather is sunny. Other times, the clouds can cast a gloom that also affects people’s emotions and makes them feel depressed. But there are real dangers to the world’s natural weather systems. The planet has witnessed its fair share of natural calamities and disasters that forever wiped out entire civilizations. The ancient city of Pompeii was buried in ash and lava spewed by Italy’s Mt. Vesuvius. The entire Mayan population disappeared almost without a trace and remains to be a mystery until today. Even in biblical times, only Noah and his family survived the great flood aboard Noah’s ark. 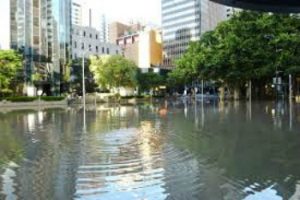 It no longer comes as a surprise the looming threats our modern world faces as we continue to plunder the world of its natural resources. Weather phenomena have intensified. The world is getting hotter as heat is trapped within the atmosphere. The ocean is rising. What about us? We are in a big mess that we created ourselves. In our endless pursuit of progress, we compromised many things that the world has to offer that it is now striking back at us with a vengeance. The question is, are we ready for it? Can we survive one disaster after another and still ensure the survival of our species? Can we continue to live a normal life in the face of such natural calamities?

In February 2017, California‘s Oroville Dam received national attention as a narrowly averted flood disaster. A decade earlier—in June 2008—it was Wisconsin‘s turn: Near the popular tourist destination city Wisconsin Dells, excessive rainfall eroded the highway that formed part of the Lake Delton Dam, resulting in a torrential washout into the Wisconsin River 40 feet below. It swept away three homes, destroyed two others, and left the lake drained for months.
At the University of Wisconsin-Madison, these and many other examples motivate Civil and Environmental Engineering Assistant Professor Daniel Wright to help improve the nation’s flood risk preparedness.

“Many of the 80,000 dams in our country, especially the 90 percent classified as smaller, have similar structural problems as the Oroville Dam,” Wright says. “We know it’s just a matter of time until a big rainfall will overwhelm the next one—but unfortunately, this problem is not yet receiving enough attention.”

Wright hopes to change that with the aptly named RainyDay software: a planning tool he and his colleagues developed and published, in April 2017, in the journal Environmental Modelling & Software.

We like to think that our modern advancements can protect us from nature’s wrath but who are we fooling? Whatever man-made structure we have built today are insignificant in the face of a major catastrophe like tsunamis or earthquakes. But there is still hope. Aside from increasing our environmental conservation efforts, this new software that can protect towns and cities from floods can save countless lives, especially that global warming continues to melt polar caps that eventually make the sea level rise. Other innovative flood control projects like water gates, flood barriers, or storm surge barriers are already in use in countries like Japan, England, and The Netherlands. If they can do it, it’s also possible for other nations to copy the same technologies especially the low-lying ones that are at higher risk of getting flooded.

But the threat of rising tides is shaping change on a more basic level, too. The New York Times reports that the risk of future flooding is changing the way that buildings are designed in the city. Gone, for instance, are top-floor penthouses, replaced instead with emergency generators that won’t get flooded—and can provide enough power for residents to remain in their apartment for as long as a week. Elsewhere, special drainage systems channel water away within foundations, and ground floors are being built with materials that can tolerate floods.

Meanwhile, Curbed reports that initiatives are also under way outside of Manhattan. In Broad Channel Island, in the borough of Queens, street levels are being raised so sidewalks and roads stand taller than previously relative to the nearby waters of Jamaica Bay. And in another Queens district, Breezy Point, new houses are being built on raised platforms to save them from floods.

If all else fails, we could embrace the seas. The government of French Polynesia has just agreed to consider hosting a city of floating islands, which have long been in development by the Seasteading Institute. The idea: small, floating structures employ renewable power and sustainable aquaculture to allow inhabitants to fend for themselves in harmony with the ocean.

Technology only becomes good or bad depending on how you use it. Abuse it and you end up destroying the world but use it wisely and it can improve our lives without damaging the natural order of the planet. The planet is made up of ¾ water. Imagine the threat of a water calamity that can wipe out any city because we failed to protect the environment from irresponsible human activities. Let us support the development of sustainable technologies that protect us from disasters like floods because we can see it ravaging many places on the planet today and we can only expect it to get worse over time.

When all else fails and you find your home submerged in flood water, don’t cry out in despair if your computer’s hard drive was damaged by the water. Find out how to address this issue here https://www.harddrivefailurerecovery.net/hard-drive-gets-water-damaged-what-to-do/ or you can call us for professional help, so you no longer have to stress yourself about this problem. Computers are expensive and they often store data that are just as precious. Save yourself from all the hassles and stresses of such a tech emergency and just dial our number right away.

Other times, it’s not a water issue but another element that is just as fierce, fire. If your hard drive, unfortunately, had to endure a fire-related accident, this article https://www.harddrivefailurerecovery.net/disaster-recovery-and-recovering-fire-damaged-hard-drives/ may be of help. The elements can be so unforgiving, so try not to mess around with them as much as you can. However, accidents do happen but no need to worry because we are here to help.