If there is one thing many people admit they can’t live without these days, it has to be smartphones. Whatever the brand, whether it is Android or iOS, smartphones make the world go round. Like the web, it made life so much easier and completely changed the way we live our lives. You can do countless tasks using a single device. No need to buy a separate calculator, flashlight, alarm clock, calendar, camera, etc. The smartphone got everything rolled into one aside from the gazillion apps you can download and install that also offers various features. 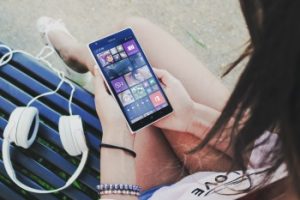 Unfortunately, it is far from perfect. Using a smartphone on a daily basis affects our overall brain power and cognitive capacity for the worst. It is a major distraction where people have to consciously will themselves to ignore if they want to finish their work on time but at the same time, we also rely on them to significantly lighten our mental workload. It causes some parts of the brain to atrophy mainly because of disuse.

Cognitive capacity and overall brainpower are significantly reduced when your smartphone is within glancing distance—even if it’s turned off and face down—according to a recent study. This new report from the University of Texas at Austin, “Brain Drain: The Mere Presence of One’s Own Smartphone Reduces Available Cognitive Capacity,” was published in the Journal of the Association for Consumer Research.

During this study, the UT Austin researchers found that someone’s ability to hold and process data significantly improved if his or her smartphone was in another room while taking a test to gauge attentional control and cognitive processes. Participants who kept their phones in a pocket or bag also outperformed those who kept their phones on the desk while taking the same test. Again, even if the phone was turned off and face down on the desk, the mere sight of one’s own smartphone seemed to induce “brain drain” by depleting finite cognitive resources.

Having a smartphone by your side, you can’t help yourself from constantly checking on it throughout the day. It leaves your mind little time to rest and wander. When you have nothing better to do, it still actually does your body a lot of good by allowing your mind to connect meaningful life experiences, have bigger insights on life, and simply making sense of the many complexities of life.

In the first, participants took a series of difficult tests that required full concentration. Some had their phones sitting on the desk, others were asked to keep it in their pocket or bag, and the rest left their device in another room entirely.

The best scores came from those whose phones were out of the room. Bag phone participants were a distant second, and the worst performers were those with the temptation sitting right on their desk.

“Your conscious mind isn’t thinking about your smartphone, but that process – the process of requiring yourself to not think about something – uses up some of your limited cognitive resources,” said study co-author Prof Adrian Ward.

Just the mere presence of smartphones distracts us from a lot of things. The people who are affected the most are the ones who use it heavily every single day and the brain suffers the most as it loses the downtime for it to think about long-term and deeper connections rather than keeping yourself entertained on the littlest of things all the time. We relish the comfort and convenience offered by smart gadgets, so we no longer have to worry about looking for answers on questions that baffle us the most because we can simply Google them in an instant. If we keep on doing this, our brain will lose its capability to think deeply or stay focused that is crucial in surviving in this increasingly complex world.

But like any tech gadgets, the issue of data loss is still a constant headache for many smart gadget users. Imagine all the photos, videos, songs, and other files saved on that tiny device lost in a snap. If you’re an Android user, here are some tips on how to recover lost data: https://www.harddrivefailurerecovery.net/android-data-recovery-whats-your-best-move/.

Individuals may be obsessing over their smartphones but we can’t deny that computers still reign supreme. The hard drive is one of the most vital parts of any computer because that’s where data is stored. Hard drive failure is not only stressful but costly too. Ease your worries by learning more about hard drive repair here: http://www.harddrivefailurerecovery.net/lost-your-data-tips/. For professional assistance, you can always call us for help.